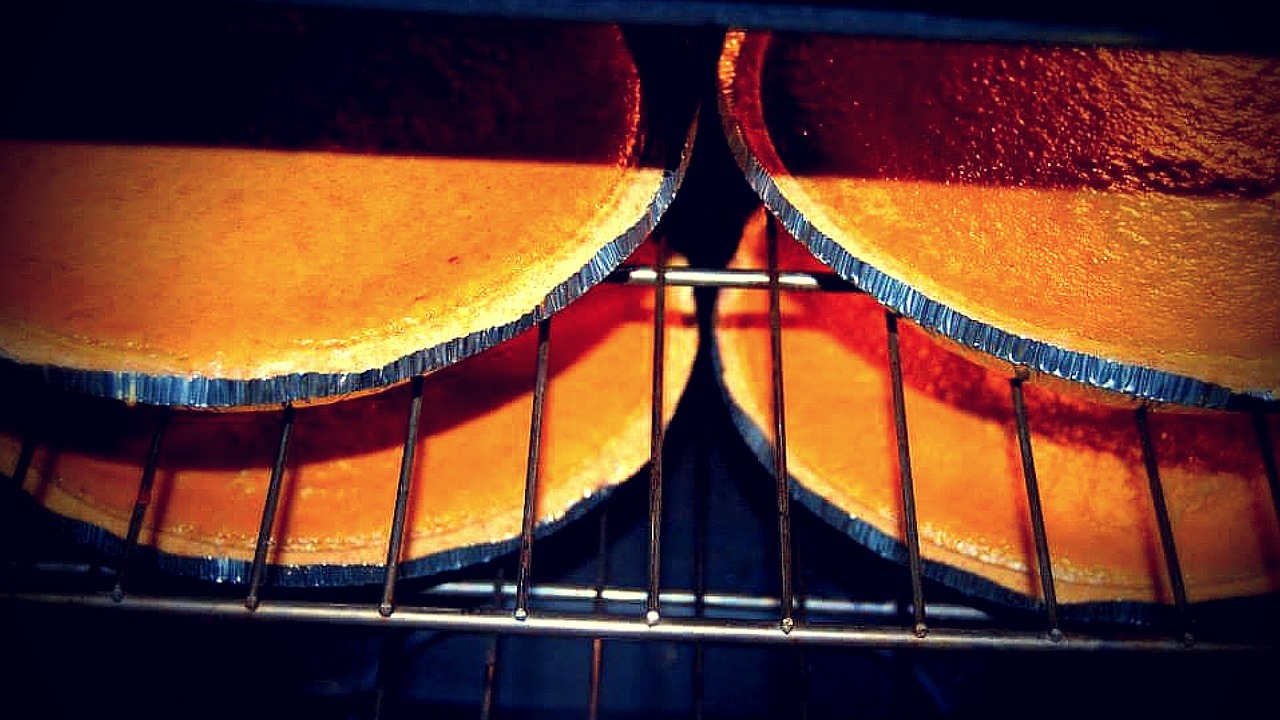 Pumpkin pie has been on my mind these days.

Tis the season, even though I’m pretty indifferent to pumpkin pie. Maybe it’s because no pumpkin pie I’ve eaten in the last many decades has measured up to my memories of the pumpkin pie my baba used to make when I was very little.

Baba baked her pumpkin pies in shallow, red-rimmed, white enamel pie plates. I don’t remember eating those pies with ice cream or whipped cream. (A must-have, these days.) And I don’t remember growing pumpkins when I was a kid. I’m sure Baba just used the jack-o-lanterns Mama brought home after the Halloween party in her Grade 1 class. Maybe it was the candle smoke that gave Baba’s pies their exceptional flavour…