Easter was early this year. And strange, once again, thanks to the continuing COVID epidemic.

Instead of gathering my family for the usual feast, I did doorstep drop-offs of the traditional Easter food. Of course, there was the stuff that’s usually blessed in church—on Easter morning, in the old days: paska, babka, cottage cheese (forgotten, in some of my care packages!), butter, salt, ham, sausage, horseradish, hard-boiled eggs, hand-written pysanky for decoration and coloured, hard-boiled krashanky for eating and playing the smash-up game.

It isn’t really called the smash-up game. I’m not sure what it’s called, to be honest. But it’s played like this.

At Easter brunch, everyone gets a coloured krashanka. You take your krashanka and smash it against your neighbours’ to see whose will crack first. The owner of the last uncracked egg is the winner and gets a prize (when I remember to buy one). It’s often my nephew the engineer. I think he knows a thing or two about structural dynamics that the rest of us don’t.

Traditionally, krashanky are a single colour and there’s always a red one. The old people believed that if you put a red krashanka and some coins in the water when you washed your face on Easter morning, you would be both beautiful and rich.

My paska (decorated bread) and babka (tall, raisin-filled cylindrical bread) all turned out beautifully. First time ever! Too bad there was no one to show off to this year! Still, I was thrilled to have ended up with twelve babky. One for my dad and each of his eleven siblings, I figured. It was a good omen. But I’ll never bake paska and babka on the same day again. Too much kneading! I ached for a week after, feeling muscles I didn’t even know I had. 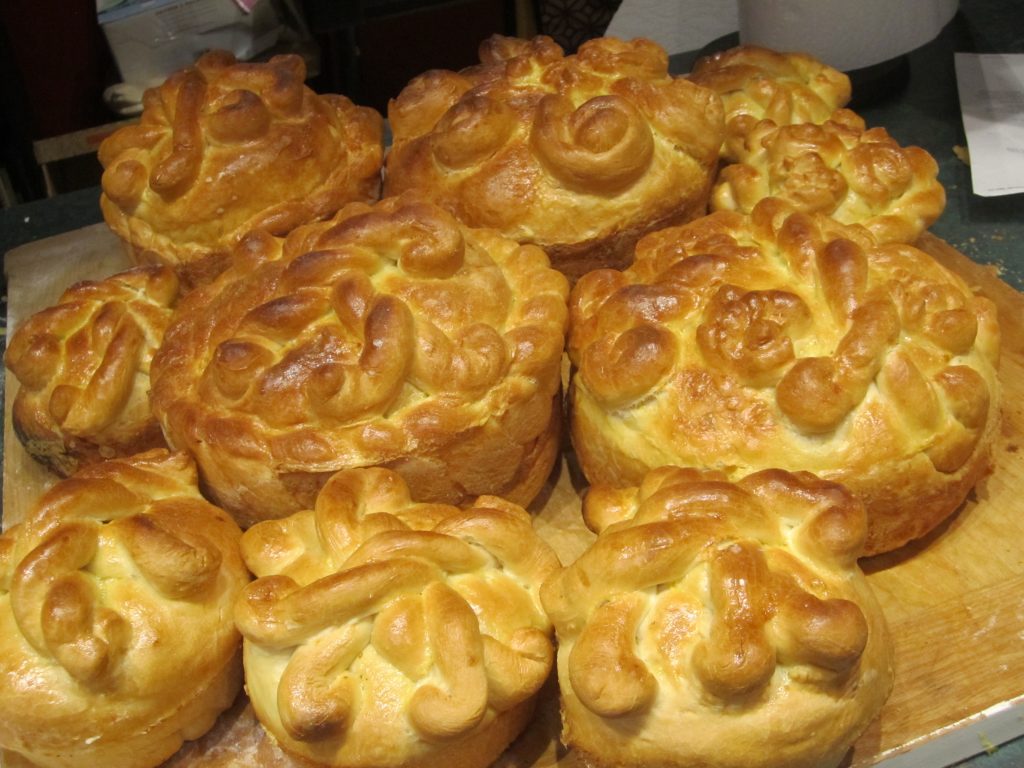 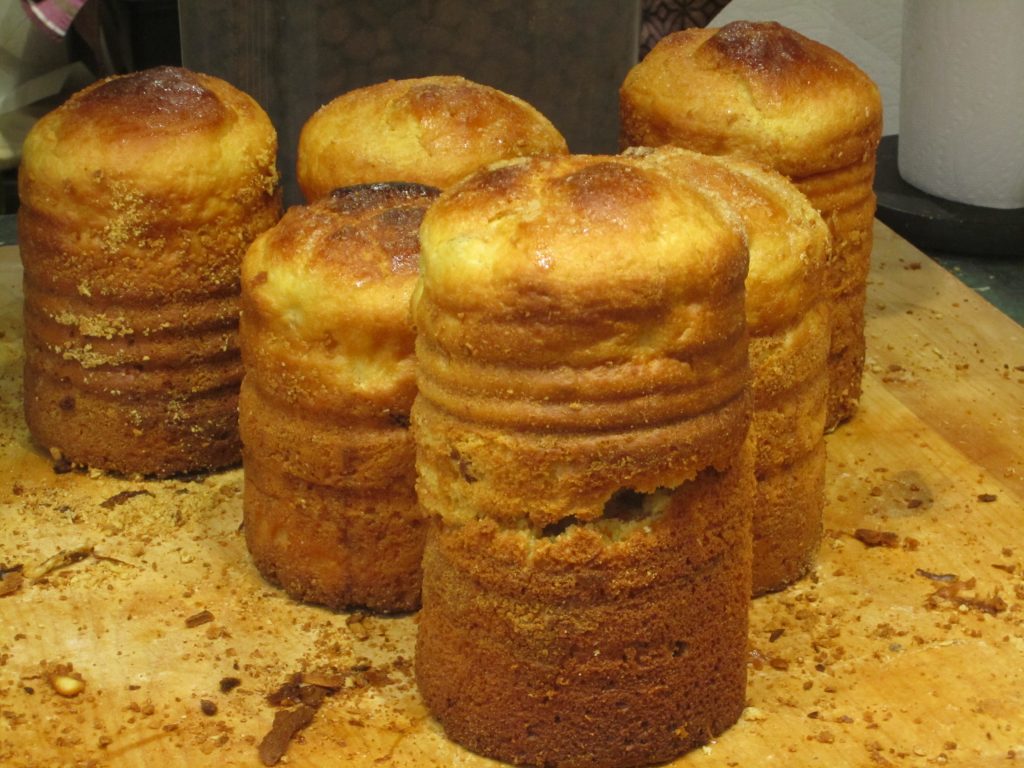 Easter brunch starts with blessed food as the first course, and then the real feasting begins. My family care packages also included

And then we ate leftovers for a week!